What Is Blockchain Technology?

What is Blockchain technology?

A blockchain is a digital ledger of all cryptocurrency transactions. It is constantly growing as "completed" blocks are added to it with a new set of recordings. Each block contains a cryptographic hash of the previous block, a timestamp, and transaction data. Bitcoin nodes use the blockchain to differentiate legitimate Bitcoin transactions from attempts to re-spend coins that have already been spent elsewhere.

This technology was first outlined by an anonymous person or group of people under the name Satoshi Nakamoto in 2008 and has since been developed by a variety of programmers and developers. Nakamoto's vision was to create a decentralized electronic cash system that didn't require trust between parties in order to work properly. To do this, he proposed using a peer-to-peer network composed of nodes that would each hold and maintain a copy of the blockchain. These nodes would be able to verify each other's records, and any discrepancies would be resolved by consensus. This way, no single entity would have control over the ledger and could not tamper with it.

Since its inception, blockchain technology has been used primarily for cryptocurrencies like Bitcoin and Ethereum. However, its potential applications go far beyond that. Blockchain could be used for anything that needs to be recorded and verified such as medical records, voting systems, supply chain management, real estate ownership, and much more.

What are the types of Blockchain technology?

The types of Blockchain technology can be classified into three categories: public, private, and consortium.

Public Blockchain: A public blockchain is a permissionless ledger, anyone can download the software and become a node in the network to validate transactions and contribute to the consensus process. The most popular public blockchains are Bitcoin and Ethereum.

Private Blockchain: A private blockchain is a permissioned ledger where only chosen nodes are allowed to validate transactions and contribute to the consensus process. Private blockchains are usually created by organizations for their internal use cases.

Consortium Blockchain: A consortium blockchain is a permissioned ledger where only chosen nodes are allowed to validate transactions and contribute to the consensus process. Consortium blockchains are usually created by groups of organizations for their specific use cases.

What are the Benefits of using Blockchain technology?

The use of blockchain technology has a number of advantages over traditional methods of storing and managing data. Perhaps most notably, blockchain is much more secure than centralized databases. This is because blockchain data is distributed across a network of computers, rather than being stored in a single location. This makes it much more difficult for hackers to access or tamper with the data.

In addition, blockchain transactions are permanent and cannot be reversed, making them very safe and trustworthy. Traditional methods of payment, such as credit cards or wire transfers, can be susceptible to fraud and chargebacks. With blockchain, there is no risk of fraud or chargebacks, as all transactions are verified and recorded on the distributed ledger.

Another advantage of blockchain technology is that it is highly transparent. All transactions are publically viewable on the ledger, which means that anyone can see what is happening at any time. This increases accountability and helps to prevent corruption.

Finally, blockchain technology can greatly reduce transaction costs. Because there are no intermediaries required to verify or record transactions, the costs associated with traditional financial transactions (such as bank fees) are eliminated.

- Blockchain is a digital ledger that is used to record transactions.

- Blockchain is decentralized, meaning it is not controlled by one central authority.

- Blockchain is secure, due to its use of cryptography.

- Blockchain is transparent, as all transactions are public.

- Blockchain is immutable, meaning that once a transaction is recorded, it cannot be changed.

How Does Blockchain Technology Work?

Blockchain is a distributed database that allows for secure, transparent and tamper-proof record-keeping. Each block in the chain contains a cryptographic hash of the previous block, a timestamp, and transaction data. The chain is stored across a peer-to-peer network, and anyone with access to the network can view the contents of the blockchain. However, because each block is linked to the one before it, it is not possible to change or delete any data without changing all subsequent blocks in the chain. This makes blockchain an ideal platform for storing data that needs to be secure, transparent and tamper-proof.

In the business of property management, time is money. The less time you spend on managing your properties, the more money you can make from them. Tha...

What Is ATS Software? Applicant Tracking System In India.

The ATS or Applicant Tracking System is a software application that helps the Human Resource department of an organization to collect, sort, scan and... 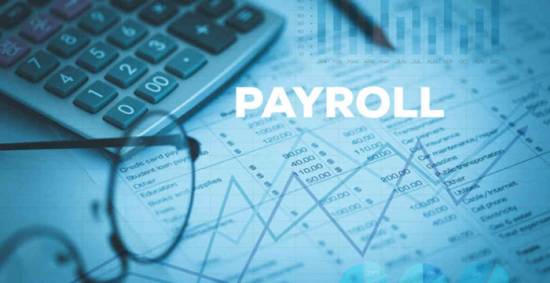 There are many factors to consider when choosing the best payroll processing software for your business in India. The size and complexity of your busi...