Any parent will tell you that when their child graduates from college it’s up there as one of their proudest moments.

When Carson Huey graduated from Texas Christian University, in Fort Worth, his mom had more reason to both celebrate and be amazed and the reason will leave you open-mouthed.

At just 14-years-old Carson Huey is the youngest of over 2,000 recent graduates from the university.

Always humble, Carson sees himself as a “normal” despite making the history books as the youngest ever to graduate from college.

He is a shy and humble person. Despite his great achievement, he shies away from being called a “genius”, and just wants to be seen as a normal teenager.

His target is to get graduate and doctorate degree in quantum mechanics.

”I’m a normal dude”, he told the Star-telegram.

”It is just something I have learned to deal with because to me I am not a genius. I am a normal 14-year-old person doing college-level stuff.”

Carson Huey is four years older than the world’s youngest college graduate, but he still made headlines when he started college at the tender age of 11.

Carson said he found the college environment intimidating and it took a while to get used to it.

In his initial days in college, it was not easy for him, but later he was intimidated by his surroundings.

“It was scary at first because my high school was only one building versus a massive campus with tons of people,” he said.

“After that, I really did get used to it because TCU was so accommodating and a positive influence really.

The boys’ mother, Claretta Kimp, homeschooled her oldest until he was five, and quickly learned that school would be easy for him.

His proud mom broke down after seeing her super smart son take to the stage to accept his degree in physics.

The mother thanked the teachers and faculty of TCU for her son’s achievements.

But she also had double the reason to celebrate. As if having one child prodigy wasn’t enough Carson’s younger brother, Cannan is also a child genius.

Cannan graduated from the same high school as his older brother. the 10-year-old will also attend Texas Christian University where he will study engineering, Astronomy, and Physics.

Mother Claretta Kimp, a graduate of Southern Illinois University, pushed her kids but allowed space for them to live a full life outside the classroom as well.

“Yes, they’re smart,” Kimp said in an interview with The Washington Post, “but that’s just a small part of who they are.”

This article was originally published on newsner.com 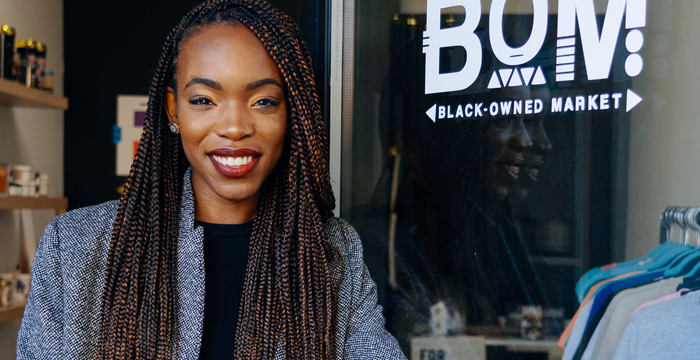 Francesca Chaney, already a successful Black business owner at the young age of 22, has great taste for food and a big heart for underserved peop...

When Elmer Alvarez, an homeless man, found a $10,000 check on a street in New Haven, Connecticut, he contacted the owner, realtor Dr Roberta Hosk...

A BRIDE-TO-BE who was fat-shamed over her engagement pics has hit back in the most defiant way. Mzznaki Tetteh, a nurse from Ghana, recently got enga...